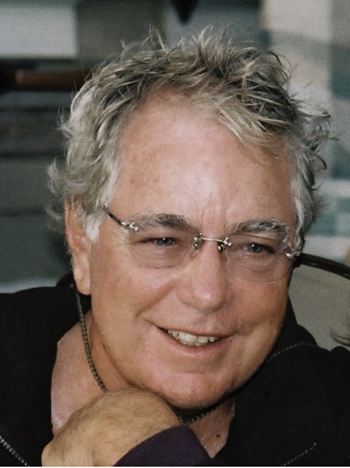 Ritter was one of the original founders of the organization (formerly known as the Vision Industry Council of America, or VICA), serving as its first president in 1986, and a pivotal part of the vision community.

“Alan Ritter was a visionary and transformational leader in the optical industry,” says Ashley Mills, CEO of TVC. “While he will be missed by many, the impact of his ideas and leadership, that have been so instrumental in shaping the industry into the innovative and collaborative community it is today, will continue to reverberate through the vision community for years to come.”

Born in Queens, Ritter earned a degree in Business Administration at Ohio Wesleyan University before moving to Glen Cove, New York, marrying his college girlfriend Ellen Partelow, and joining his family’s business, Universal Shellac, in 1961. His leadership led to successful expansions into new products lines, acquisitions, and foreign markets. As the company quickly grew, it moved from Brooklyn to Hicksville in 1970. Ritter’s guidance over the decades resulted in a dynamic company, renamed Universal Photonics, with a global footprint in numerous advanced industries.

Ritter was instrumental in the establishment of Vision Expo East in New York City, suggesting the Javits Center as a venue and negotiating the first agreement with Cahners-Reed, which later merged with Reed Exhibitions, current co-owner of Vision Expo. An innovative thinker, Ritter recommended that VICA purchase Optifair, one of the only major competitor’s with VICA at the time, and use the good will from Optifair for a new show in California, Vision Expo West.

Ritter was the first chairman of VICA and served as chairman for three years. He also served on The Vision Council Board and various committees for many years.

In his free time, he enjoyed golfing and spending time with his family. He donated a great deal of his time to charitable causes including Prevent Blindness, Diabetes Research Institute, and Bethany House.

A memorial service and celebration of Ritter’s life will be held at a later date to be announced soon. Contributions in his name may be made to Diabetes Research Institute at diabetesresearch.org. To send flowers to the family or plant a tree in his name, please visit the Whitting Funeral Home’s Tribute Store.