[In Case You Missed It]

1 David Duralde joins OGI Eyewear as chief creative officer. Duralde has extensive experience with licensed and independent brands, including most recently with Kenmark Eyewear. He is joining OGI not only as creative lead, but also as a partner.

The Vision Council (TVC) appointed Haley Rakus as public relations manager. Rakus will oversee The Vision Council’s trade and consumer media campaigns, including Vision Expo. Additionally, TVC appointed Nathan Troxell as director of industry development for Think About Your Eyes. He brings more than 15 years of optical industry experience to the role, including most recently with PPG Industries, Inc., as global marketing manager of specialty coatings and materials.

Kering Eyewear has opened its Dubai-based subsidiary. Serving retailers and distributors in 10 countries, the subsidiary is part of a long-term business strategy in the Middle East. The new offices, located in Dubai’s Design District, include a showroom for Kering’s collections and client appointments.

3 Tom Burke, CEO of ABB Optical Group, has been named a 2019 Power Leader in Health Care by South Florida Business Journal. Burke has 40 years of experience in the optical industry, and has helped ABB Optical expand operations into a national market and assisted with the company’s rebranding.

Essilor has been named a Financial Times “Diversity Leader 2020.” The award recognizes Essilor’s commitment and initiative toward greater diversity throughout the company and follows a strong performance in the French Gender Equality Index. Financial Times ranked Essilor 62nd out of 700 companies in its annual listing.

Think About Your Eyes announced the winners of its #seebeyond2020 contest, featuring stories of individuals whose lives were enhanced by visiting the eye doctor. The organization will share the story submitted by grand-prize winner Patricia Burke, as well as the additional winners’ stories, throughout 2020.

Pearle Vision ranked 58th on Entrepreneur magazine’s Franchise 500 list for 2020, marking the 12th consecutive year the company has been included in the list. 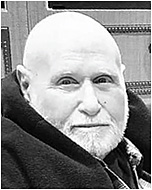 Marvin Freeman, a pioneer of luxury eyewear, passed away on Sunday, Jan. 5. “We lost a very dear friend and mentor,” says close friends and eyewear designers of the CFDA Christian Roth and Eric Domege. “Marvin’s vision, exquisite taste, and great merchandising helped most of the independent eyewear designers since the late ’70s to establish their brands in the U.S. market.”