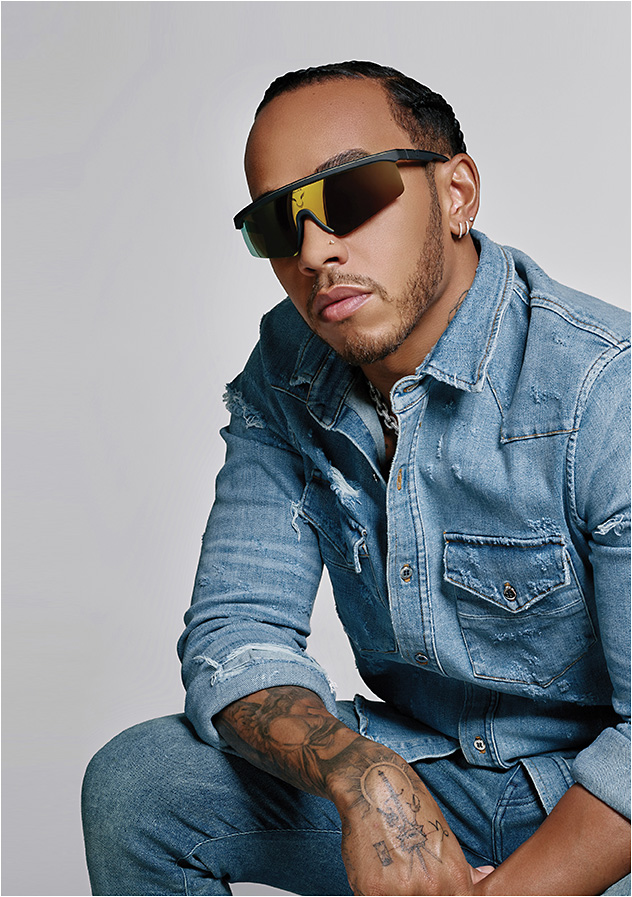 But for the five-time Formula 1 World Champion, that’s a conscious choice.

In an exclusive interview for EB, Hamilton tells us, “…outside of racing, fashion is one of my real passions. I love how it lets people define themselves as they want to be seen, so I’ve always spent a lot of time creating my own style.”

Police will be previewing (and preselling) the collection, including SPLA28-Lewis 07 (shown here on Hamilton, $269 retail), a fashion-focused lightweight wrap shield inspired by sports but steeped in style. Notable features include a soft rubber frame and bridge with titanium temples plus a single lens punctuated by Hamilton’s Panther logo topped by the Police logo.

“In the same way that embracing what makes me different has made me a success in Formula 1, personalization and attention to details has drawn me to eyewear,” Hamilton tells EB. “So, the opportunity to work with Police and collaborate on the design of this collection has been an incredible experience.”

Essilor is teaming up with young actress Marsai Martin of TV’s “Black-ish” for a multimedia campaign encouraging parents to make their kids’ vision health a priority this back-to-school season.

Martin, 15—who has earned 10 NAACP Image Awards plus a Screen Actors Guild Award, and has her own production company—struggled in school until her vision issues were diagnosed and treated. Not only does she wear her glasses on TV, she has embraced eyewear as a personal style point.

“I know what it’s like to sit in a classroom where everything looks blurry,” she says. “No child should have to go through that experience.”

Signing the Essilor 20/20 Vision Pledge puts parents in contact with an ECP who will recommend the best visual solution for their child, and makes them eligible to win an exam and eyewear for their child—and even for their child’s entire school.

After experiencing a vicious mugging that left him blind in one eye, former Wall Street exec Mark Agnew became frustrated at his interactions with optical shops. Using his experience as a research analyst to explore the eyewear industry, Agnew then quit Lehman Brothers in 1999 to start eyeglasses.com .

“Twenty years later, many brands are selling to us, but there are still plenty that won’t,” says Agnew. “Opticians, optometrists, and dispensing eye doctors also dislike us because we sell at lower prices.”

Today, Agnew shares his views in print via his book “Eyeglasses Buying Guide: How to Buy Eyeglasses and Sunglasses—Pay Less and Get More.” 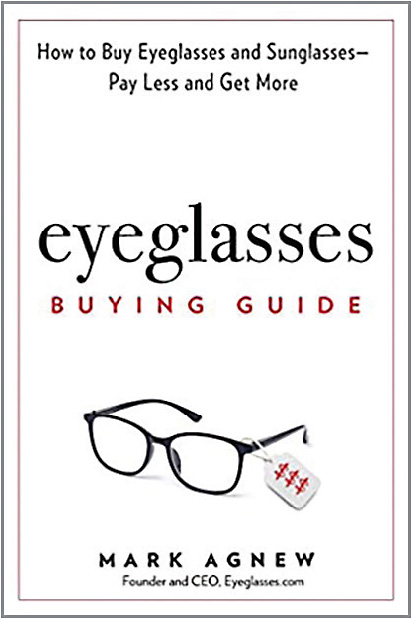 Smith-Schuster is the second-ever football player to join Team Oakley, alongside Patrick Mahomes II of the Kansas City Chiefs.