Think training is a snooze? Here’s how to make it truly fun + engaging 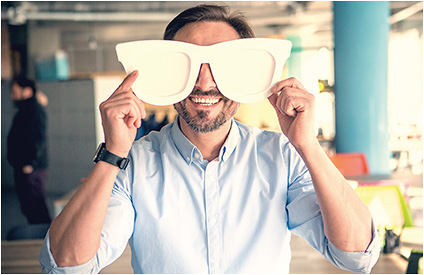 Training is no joke, but that doesn’t mean it can’t be fun. It’s all about engaged employees, and that makes you, them, and your bottom line much happier. According to research by Gallup, employees in the top quartile in engagement “outperformed bottom-quartile units by 10% on customer ratings, 22% in profitability, and 21% in productivity.”

One way to keep your team engaged while you educate them on new products and programs is to add more fun—and even games—into the training mix. And, to reward them for their success. Here are a few suggestions from training experts as well as one training-focused O.D.

The Retail Sales Academy, dedicated to training independent retailers, recommends including games as part of sales training, along with lots of prizes.

SELF-AWARENESS. Mary Schmidt, ABOC, trainer and president of EyeSystems in Pleasant Hills, CA, says, “You want to encourage activities that increase self-awareness. Those include personality quizzes and activities that build communication techniques.”

OOPS. How about an exercise underscoring what not to do? “You’ll be so surprised how quickly your staff grasps a concept when you act out what not to do,” stresses the Graff Retail training team in Ontario, Canada.

CONTROL. “Employees want to feel control over their education as do players over a game,” says Stephen Baer at The Game Agency in Stamford, CT. “Let them choose their paths and experience gameplay based on the choices they make.”

Sharon Roberts, O.D., owner of 20/20 Visions, talks about how her team won the 2017 Best in Training title at Transitions Academy. This Plymouth, WI-based practice approached that entire year by challenging opticians to take ownership of their individual Transitions sales.

Training included “making business numbers an open book plus educating staff on overall sales, our costs, everything,” said Dr. Roberts. The resulting sense of ownership has, in fact, become a big part of the company’s culture.

Dr. Roberts adds, “Not only are they part of all of it, but also if we break year-over-year sales records, for example, the practice awards prizes. Maybe it’s a lunch, travel to a show, or even personal pampering.”

When they won the Transitions award, the whole office earned a trip to Vision Expo. “Whatever the reward, it’s all based on the results of successful training and great staff performance,” Dr. Roberts says.

COMPETITION. “I avoid competitive games as a learning tool,” explains EyeSystems’ Mary Schmidt. “That’s mainly because only one person wins and then you have a room full of people who are disappointed.”