THE AGE OF MILLENNIALS

THE AGE OF MILLENNIALS

Generation Y is now the nation’s biggest buying group. Here are 5 key things you need to know to earn their loyalty 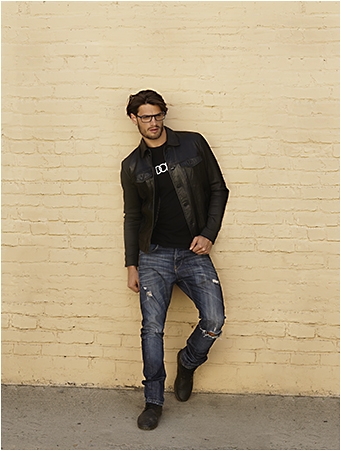 They’re the first generation to displace the baby boomers as the nation’s biggest consumer buying group, and they are on target to account for $1.4 trillion in spending by 2020, according to consulting and technology services company Accenture.

And unlike earlier demographic groups, their lifestyle and shopping habits are actually influencing those of other generations.

They’re the millennials. Retailers and marketers alike are lavishing attention on them, and attention must be paid—particularly now.

Born between 1980 and 2000, many in this generational cohort are at a critical life stage that spells opportunity for retailers. “They’re finally at the age when they’re spending their own money autonomously,” says Jason Dorsey, CEO of the Center for Generational Kinetics.

Indeed, Generation Y is moving on up—into higher-income jobs. Millennials’ median salaries are expected to increase to $65,000-$70,000 over the next two decades, up from the $34,000-$55,000 they bring home currently, according to the report, “Millennials Moving In: TAG’s Take on Investing in This Demographic,” from retail consulting firm Telsey Advisory Group (TAG), which cited data from the U.S. Census Bureau.

Right now, “They represent the greatest lifetime value of consumer, with the least established loyalty,” Dorsey says. “This group is very hot right now. They’re up for grabs.”

But capturing Generation Y’s attention means understanding their shopping inclinations and buying preferences. Here’s what you need to know about this coveted group to earn their business—and, more important, their loyalty.

For millennials, seeing is believing. “As a generation, these are very visual shoppers and buyers,” Dorsey says. “They have been conditioned to skip lots of text.”

For millennials, a picture is worth a thousand words—literally.

And retailers are taking note, adjusting their marketing platforms and messaging accordingly. “In arts and crafts and home furnishings, we see companies like Bed Bath & Beyond, Ethan Allen, Michaels, Pier 1, and Williams-Sonoma being active in [visually oriented] social platforms like…Instagram and Pinterest,” the TAG report says. 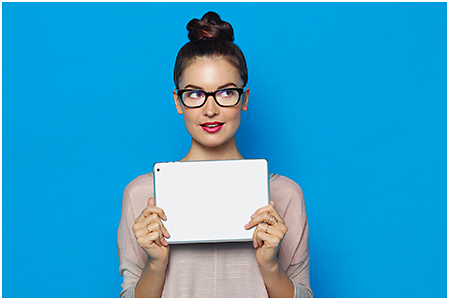 Photo courtesy of Essilor of America for Eyezen+ lenses

What’s more, video has become a go-to teaching tool for this demographic via sites like YouTube. Millennials, for example, “are very likely to go online for a video to [learn] a new recipe,” says David Marcotte, senior vice president, Americas, for retail consultancy Kantar Retail, noting the number of cookbooks tossed in the bargain bin at bookstores these days.

The showing-versus-telling ethos is particularly relevant for complex retail purchases like eyewear. Home improvement retailers, for one, are catering to millennials, in part, by adding informational content and instructional videos to their websites.

Millennials have been labeled loyalty-averse shoppers—but the descriptor is inaccurate, Dorsey says.

Many in this demographic cohort, which has been dubbed “the Recession Generation,” have come of age during the worst economic downturn since the Great Depression, saddled with unprecedented amounts of student debt and faced with shaky employment prospects. That’s led to delayed adulthood for many. Delayed earning power, which delays setting up house and home, has also postponed establishing brand loyalties, Dorsey says.

It turns out that when given the opportunity, millennials are “extremely brand loyal,” Dorsey says. And, when a retailer or brand earns their affection, they can be powerful brand evangelists online, which is like old-fashioned word-of-mouth on steroids.

But key to earning their loyalty is recognizing their expectation for instant gratification. For retailers, that means “rewarding them quickly and often,” Dorsey says. So whereas older generations are more conditioned to wait until they’ve made perhaps 15 purchases before they earn a reward from a retail loyalty card, a millennial might expect a reward at “number three—or even expect one for just signing up,” he says.

What’s more, millennials are accustomed to accessing information and services instantly, so they expect the same from the retailers they shop. “They seek convenience and speed, making omnichannel retailing…important,” according to the TAG report. Therefore, options such as buy online and pick up in store, as well as speedy delivery times, “have high value.”

Millennials have come of age barraged with an onslaught of digital messages. They are wired to research anything and everything online, receive instant answers, and “have an incredible truth meter,” says Marsha Everton, principal at The AIMsights Group, a marketing consultancy specializing in millennial and baby boomer research for retailers and home furnishings companies. They are accustomed to two-way digital conversations, be it with their peers on social networks or on sites like Amazon. So it’s often a “consumer-to-consumer exchange” when it comes to shopping, not a “business-to-consumer” exchange, she says.

As a result, “millennials [often] make purchasing decisions based on peer feedback and reviews,” as well as social media, according to TAG research.

TAKEAWAY: Engage Them in the Conversation

“Marketers need to talk with them, not just to them, and to be very visible about what they hear,” Everton says. Having a two-way conversation can simply mean “quickly and authentically responding on social media—and acknowledging missteps and mistakes. 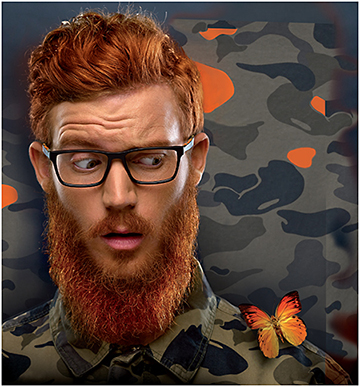 “It also means sharing stories and testimonials from real consumers,” she says, noting Doritos’ millennial-aimed “Crash the Super Bowl” campaign that challenged consumers to make their own Doritos Super Bowl commercials. By doing so, the tortilla chip maker handed over some of its brand messaging power to consumers via user-generated content.

It was a strategy tailor-made for a selfie-taking generation inclined to share their lives in digital spaces. And it worked: The campaign was one of the most successful ads in Super Bowl history.

And perhaps unwittingly, Doritos was on to something else: Shoppers who partake in content co-creation across a brand’s digital platforms spent more, according to the Medill IMC Spiegel Digital & Database Research Center.

Cookie-cutter doesn’t cut it for this generation. “Coming of age during an era of unprecedented choice and consumer options, millennials won’t respond to a one-size-fits-all approach,” according to the Futures Company, a division of Kantar. “They expect a higher level of personalization, customization, and service for their scarce time and attention, and won’t readily compromise for second best.”

Whereas among older groups, status was often conferred by a particular look, “millennials value individualization and have a desire to make something their own,” according to the TAG report.

Shoe retailers, in particular, have gotten the memo—and have incorporated personalized products into their businesses. Companies ranging from Converse to Nordstrom are investing in new retail models that allow shoppers to customize their spats. Some optical brands are also getting into the act, enabling shoppers to personalize frame accents, making a pair of eyeglasses uniquely theirs.

Millennials, also known as “digital natives,” have been at the forefront of an unprecedented technological revolution, marked by the rise of online and social networks and the ubiquity of smart phones. They are the poster children for the ever-connected consumer.

Traditionally, older generations with earning power have driven trends; now we’re seeing that technology largely dictates them, Dorsey says. As a result, “When we look at millennials, they are the trendsetters for other generations.”

For example, he says, “I was on Facebook years before my mom was, but now she’s on it more than I am.” Concurrently, how Gen Y shops trickles down to Gen X and boomers, from comparison shopping on mobile devices to relying on online reviews and ratings.

“If you win millennials” (by appealing to their digitally driven shopping inclinations), “you’ll win everybody else,” Dorsey says.