News Bits from the Industry

Envision president and CEO Michael J. Monteferrante has been appointed to the Board of Directors of National Industries for the Blind (NIB).

Robyn Crimmins, senior director of marketing and commercial operations for VSP Optics Group, has been elected to the Optical Women’s Association (OWA) Board of Directors. Crimmins became an OWA member in 2012.

Shire has appointed Kathy Kobe as head of U.S. Sales, Ophthalmics. Kobe joined Shire as vice president of U.S. Sales for the Neuroscience Business Unit in 2014.

IN CASE YOU MISSED IT...

The American Optometric Association (AOA) and Optometry Cares—The AOA Foundation have announced the newest inductees to the National Optometry Hall of Fame: Joseph Babcock Sr., O.D., of Ohio; Richmond Lewis Scott, O.D., of Indiana; and Louis Catania, O.D., of Florida. The inductees will be honored at a ceremony during Optometry’s Meeting in Boston on June 30 from 7 to 8 p.m.

Read more about these and other news stories at EB News: eyecarebusiness.com/eb-news. 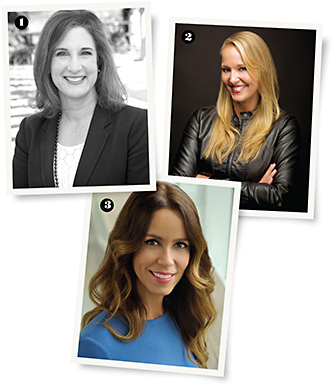 Liberty Sport has been named the official eyewear sponsor of the Veterans Charity Ride to Sturgis. Each veteran participant will be outfitted with prescription and/or non-prescription eyewear from the Switch and Rider collections for the nine-day journey from Los Angeles to Sturgis, SD.

Lee Zaro and Eileen Estrada have created Synergy Vision Eyewear, a new eyewear company. The principals bring a total of 80 combined years of optical industry experience to the company, which plans to launch its first product in June.

ClearVision Optical has been honored with four awards—two gold awards and two silver awards—for its customer service at the 10th annual Stevie Awards for Sales & Customer Service in Las Vegas.

Alcon’s CLEAR CARE PLUS with HydraGlyde has been named Product of the Year in the eyecare category of the 2016 Consumer Survey of Product Innovation.

Marketing/design firm Innereactive Media, creator of the Innexus optical website, has been named one of the Michigan 50 Companies to Watch For in 2016. Innereactive was founded by president Samantha Toth in 2003.