News Bits From the Industry

Safilo Group has announced a new license agreement for the design, manufacturing, and worldwide distribution of the rag & bone collections of sunglasses and optical frames. The agreement will run from January 2018 through Dec. 31, 2022.

OneSight has appointed Mony Iyer as its new executive director. Iyer has led global strategic planning for OneSight as well as design and rollout of the company’s sustainable development initiatives in sub-Saharan Africa and the U.S.

Tony Sommer has been named to the position of senior vice president of sales and marketing for Visioneering Technologies, Inc.

Essilor International will expand employee shareholding, with a long-term goal of enabling 50% of workers worldwide to become shareholders.

Safilo Group has created a new business region combining the U.K. and Ireland with Sweden, Finland, Denmark, Norway, the Baltics, and Iceland. The region will be led by Fréderic Laffort. Safilo Group also opened a new showroom in Stockholm.

IN CASE YOU MISSED IT…

The Vision Council has made two executive appointments. Ashley Mills has been named new CEO, following the retirement of industry veteran Mike Daley. In January, Mills was hired as vice president of trade shows & meetings at The Vision Council. She also served as The Vision Council’s director of marketing & shows from 2003-2006.

Greg Chavez has been promoted to executive vice president, operations and membership. He has been with the organization for 13 years, and for the past 10 has been vice president of member services.

Read more about these and other news stories at EB News: eyecarebusiness.com/eb-news.

In memoriam: Calvin Robertson Jr., co-founder of Robertson Optical Laboratories, passed away Sept. 17. He was a past president of the Better Vision Institute and served as a board member of the Optical Wholesaler Association.

ClearVision Optical (CVO) recently held its National Launch Meeting, where it debuted the Steve Madden eyewear line to its team of executives and sales representatives. 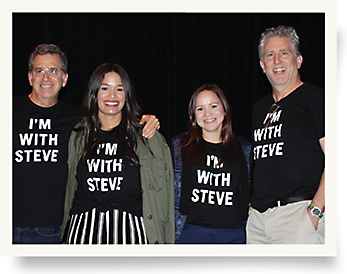 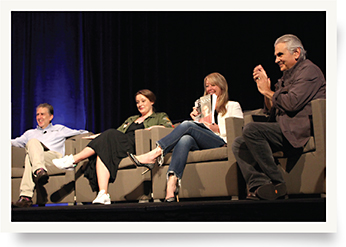 Registration is now open for International Vision Expo East 2017, to be held in New York, NY. Education: March 30-April. 2. Exhibits: March 31-April 2. The show will feature a renewed focus on eyewear fashion and design trends, and will include a new Retail Track. For information and to register: visionexpoeast.com.